Of Life Seen At Angles 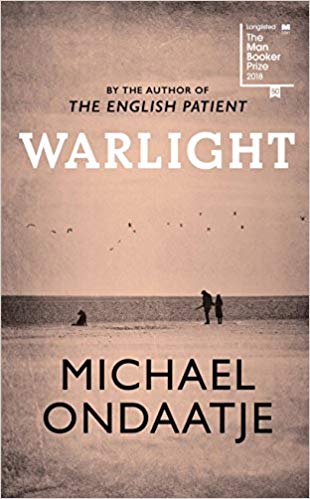 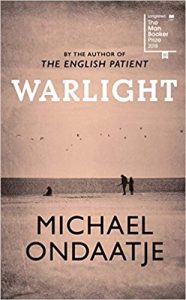 Sometimes a slow-paced book is as unputdownable as a fast-paced thriller—Ondaatje’s Warlight is one such magical novel. It draws you into the narrative, makes you identify with the situation, nudges you (if you need the nudging) to discover the other selves and lives of
characters along with the narrator/central character, speculate about the blanks that are inevitable in such readings with limited
access to records and anecdotal histories,
and still feel a sense of fulfilment even if you still want to know more about some of the characters., knowing fully well that you
only get shadowy glimpses in warlight (with its presence during blackouts), as in candle light.

The book is about Nathaniel, one of the siblings ‘abandoned’ by their parents who have seemingly gone off to Singapore soon after the Second World War. It opens with this stark and startling sentence: ‘In 1945 our parents went away and left us in the care of two men who may have been criminals.’ Your interest is piqued instantly and you wonder where this seemingly dark tale is going to lead. Rachel and Nathaniel are left to live in bombed out post-War London when their father and soon their mother Rose leave for foreign shores for a better life. They are left in the care of a strange man, Walter, whom they name the Moth. This man, who doesn’t believe in cooking for himself or them, who is a supervisor at the Criterion Hotel giving out duties to a largely immigrant staff, and is involved with other, perhaps illegal, activities, is their guardian, their mentor and saviour. He is the one who talks as their local guardian to the boarding schools when the siblings run back to the house and ensures that they continue their education as day scholars and assumes responsibility for their daily lives, which is built on a lie that their mother has gone to Singapore to join their mentally unstable father.

While their lives revolve around the Moth and his interesting coterie of friends, which includes the Darter, a former professional boxer, who now lives as part of the new underworld of smugglers and fixers, a world that is educative and strangely supportive, Rachel comes across her mother’s trunk in the basement—all her carefully chosen dresses for various occasions actually having gone nowhere outside the house, let alone the country. The mystery of the missing mother (and father) preoccupies the protagonist for the rest of his life that we witness. Their mother has kept a quiet tab on them even as she has left them to their otherwise loosely supervised lives where the protagonist works part-time in hotels and then helps in the shady enterprises of the Darter. His sister, Rachel, drifts away steadily, unable to forgive her mother and finds herself in the world of theatre. During this period, Nathaniel takes up with Agnes, who also works in the hotel, and they have many trysts in houses that have been put up for sale,
courtesy Agnes’s brother who is an estate agent. Nathaniel’s life is made up of these memories as well as the memories that he has suppressed, which would be revealed to him.

Nathaniel realizes that his father had been damaged by the war, and that his mother had also played a role in England’s intelligence efforts and has continued to do so. But he begins to learn all this only when there is a dramatic attack on the children and they are defended and their mother realizes that her children had been touched by the effects of her involvement in England’s efforts in the Cold War.  This is a spy novel, a war novel, a crime novel, a detective novel, and simply a novel about a son’s quest for his mother, to understand her, to piece together her life, without ever feeling that he can actually come to know it except as fragments.

Ondaatje is a master of indirection, one who shies away from the sensational, or even that approaches it distantly. This means that the war novel is one of effects, as is the spy novel, and the crime novel is one where crime is not important in itself, and you may not even know it is a detective novel unless you step back and see Nathaniel as the detective in the second half of the book. If the first half deals with the young school-going Nathaniel, the second half deals with him as a young man who buys a house next to where he and his mother lived after she quit the service, and where she died—where she was killed actually, but since the author again ensures that it would not be sensationalized in any way, let us stay with where she
died!

We see Nathaniel on the track of his mother’s progress through life. Born to an Admiral in the Navy, in the same village and house that she retires to, she has gone on to marry, have children, and yet join the war effort. This is mainly due to another figure, Marsh Felon, the self-made son of a thatcher, who along with his family had worked on the roof of Rose’s house when they were both young. He had gone on to become a roof-climber, a naturalist, and an authority on battlesites. All of which, including his reserved nature, make him a natural in the world of espionage. It is Felon who grooms Rose when she is young and takes an interest in her later life and ensures her entry into the world of spying. Nathaniel pieces together fragments of their story when he is himself recruited into the Foreign Office and asked to look into files to see what could be retained in the archives and what destroyed before they caused embarrassment or worse. He of course doesn’t have direct access to his mother’s files but finds a way and soon works out some details of her work, and realizes her compulsions.

This is a novel that can never satisfy fully, because the novelist doesn’t believe our desire to know can ever be met entirely. What we can have is fragments of stories we string together in the hope they constitute a version of the truth, even though the string is frayed and knotted together at various places by ourselves. The novel that begins in 1945 moves on to 1959 and we see that it has been fourteen years of uncertainty, of living in the twilight zone of the impact of the war, that the entire cast of characters had had their lives shaped by it in various ways. Nathaniel discovers these patterns while he works for a certain sense of closure. The author provides us with such a sense, Nathaniel meeting the Darter and realizing what may have happened to Agnes as well, and working out details of his mother’s life along with Felon’s. In terms of the world of the novel, given how craftily Ondaatje sucks us into it, we too accept a child’s acceptance of a world without clear reason, one that can be seen only at angles, which is what the world of espionage also throws up, we put down the book convinced that this is all we can know, that this is closure.

It is only when you look back that you realize how little Ondaatje gives us, and how much! The novel has a host of intriguing characters I have not even named. It has silences that cry for filling, evasions that tell us stories, a world of references that enrich our reading, and most of all a feeling that the novelist has revealed more than we caught in the first reading. It is a poet’s novel. Ondaatje can sit back and look away with a smile.