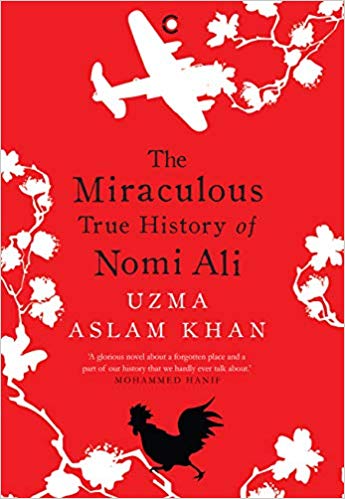 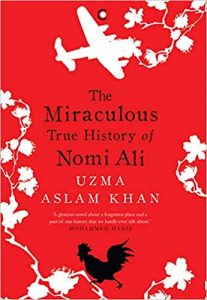 ‘The amenities and conditions of life and health of the terrorist prisoners in the Andamans are superior to those obtaining in the Indian jails… the punishment is not imprisonment but only banishment from home. It is a prisoner paradise.’

Why do postcolonial states turn penal colonies into tourist destinations? Devil’s Island in French Guiana, Robben Island in Cape Town, South Africa, Penang in Malaysia or Port Blair in the Andamans seem to compete for a place under the sun; their contemporary fame ill accords with their past notoriety.

The spectacle of the prisons, of ubiquitous surveillance and incarcerations must invite guilt and penitence among elites of erstwhile colonial powers just as they remind the natives of their trials and tribulations, their tormented histories.

Every year tourists from mainland India flock to Port Blair, a great many of them on state sponsored LTC trips (longer the journey the better!) After the mandatory snorkeling in the nearby waters, visits to Ross Island and exploring the magical world of corals in the glass bottom boats, they make a beeline for the Sound and Light show of the Cellular Jails. It is here that one encounters cruelty as art by the colonial state apparatus: the eerie scenes of flogging, hanging, pressing of oil mills and solitary confinement as well as the spectre of force-feeding work on our senses and numb them.

In 2010 a different mission took me to Port Blair. I was then researching a penal narrative set in the Andamans in the first decades of the early 20th century.[1] Archival material in Port Blair’s Cellular Jail, I discovered, was next to nothing. The British burnt all documents when they left in a hurry in 1942 when the Japanese moved in. The latter, in turn, destroyed all papers when they surrendered to the British in 1945. Photocopies of some documents from the National Archives, New Delhi, were available for viewing. There were not too many visitors to the library though.

I found many useful books in the upstairs library of the Cellular Jail. There was one set that strikingly dealt with a subject unrelated to my subject of research then. It was about the Japanese occupation of the Islands between 1942-45;[2] I decided to store the knowledge safely at the back of mind for possible future use.

In a remarkable tour de force, this neglected chapter of undivided India’s political history has now been used as a powerful setting for the novel, The Miraculous True History of Nomi Ali, described by Mohammed Hanif as ‘a glorious novel about a forgotten place and a part of our history that we hardly ever talk about.’ In this work, the award winning Pakistani novelist Uzma Aslam Khan, currently based in the United States as Professor of Creative Writing, has taken up a slice of the subcontinent’s turbulent penal history in the form of a fictional narrative in the classic realist mode of the non-linear kind. The book opens in 1942 with the Japanese invasion underway, and closes with their surrender to the British in 1945. In the process, Uzma brings to this narrative a history of the penal colony, news from the mainland and the islands, the tidings from near and far places such as Rangoon, Penang, Chittagong, Lahore, Cambridge and similar geographical locations. The novel juxtaposes complex histories of the land and its people seen through the lives of ordinary men, women and children: Indian, Burmese, Japanese, and British from the various class and caste backgrounds. There is also Priya the chicken. The omniscient narrator displays compassion and objectivity while narrating the individual stories often in a lyrical and arresting manner.

Uzma paints memorable characters that come from a multi-religious and multi‑ethnic background, going beyond the stereotypical cultural and ethnic divides. Nomi, Zee, Japanese dentist Susumu Adachi, the Burmese Aye, Dr Singh, Mr Campbell the teacher, Haji Sahib, Major Ito, Lala Ram, Kaajal, Aunty Hanan, Andrew Gallagher Jr and others are caught up in the crossfire of history and battle lines; they go through their troubled and tormented lives. There is love, compassion and forgiveness too as Uzma unfolds her narrative.

Historically speaking, the author has closely aligned herself to the events as they are known today: Fall of Rangoon on 8 March, 1942, retreat from the Islands by the British, departure of the Gurkhas on 10 March, the occupation of Port Blair by the Japanese on 23 March 1943. Like Zee, the island resident Zulfiquar Ali is executed in the Maidan in front of the Browning Club. Other historical details are brought in: the formation of the ‘Peace Committee’, the importing of Chinese, Korean and Malayan ‘Comfort Women’ to minister to the sexual needs of the Japanese men in uniform, mass arrests, the execution of alleged spies, visit of Netaji Subhash Chandra Bose, renaming of the islands as Shaheed and Swaraj by the Indian National Army, hostage-taking, reprisal, and forced labour. These are as traumatic as the forced drowning of the convict prisoners and innocents as they are pushed out of boats into the shark-infested waters of the South Andaman Sea. Uzma uses the historical events with mixed results. Her language is deft and often poetic with apt epigraphs and chapter headings as she explores the innermost psyche of victims caught in the cross-fire of battle, surveillance and control.

The narrative at times falters. Zee reading H Rider Haggard’s iconic Victorian novel She by candle light under the guidance of Mr Campbell in the godforsaken island seems somewhat improbable. She has, however, scored well by concentrating on women and women prisoners on the island under occupation. Satadru Sen’s pioneering work on women prisoners in the Andamans illuminates the author’s understanding as of ours. As Uzma correctly states in the ‘Acknowledgements’, women prisoners were ‘almost entirely written out of history’; they ‘rarely merited even a foot note’. It is in this sense that Uzma’s fictionalized history of the penal colony would find place alongside Ullaskar Dutt’s Twelve Years of Prison Life, Calcutta: Brjabihari Burman, distributed by Arya Publishing House,1924 and Barin Ghose’s The Tale of My Exile: Twelve Years in the Andamans, earlier quoted.

In an era dominated by the Manichean politics of representation of ‘us versus them’, with notions of cultural proprietorship, Uzma Aslam Khan has done well to break through the political barriers engineered by the colonial state and postcolonial elites. While she does well in bringing unknown chapters of the island’s histories through fiction, she has her limitations too. The Andamans are not just any islands in the tropics, nor is its colour, texture, flora and fauna the same as others. The reader does not sense the local flavour adequately despite the evocation of local histories, myths and legends. One remembers the striking manner in which the British novelist DH Lawrence had urged creative writers to be mindful of ‘the spirit of place’. Consequently the islands do not emerge in the psychic horizons of readers in a lasting manner. Similarly, she seems to mix up the legend and the mythical stories of the conquest of Lanka by Lord Rama immortalized in the Ramayana with the origin stories of the Andamans (see page 6).

On the whole, however, Uzma Aslam Khan has chartered a new novelistic path by bringing in a lesser known chapter of our penal history in the form of a memorable fictional work. She contributes in the process to a growing body of writings (see the recent works of the Andaman environmentalists Pankaj Sekhsaria and others for instance), both critical and creative, regarding the once outpost of the British Empire.

[1] .             Edited by me, it appeared as The Tale of My Exile; Twelve Years in the Andamans, by Barindra Kumar Ghose, Pondicherry; Sri Aurobindo Ashram Press, 2011. Barindra Ghose, popularly known as Barin Ghose was the younger brother of Sri Aurobindo. Declared as a ‘terrorist’ by the British in the famous Alipore Bomb Case, Barin was sentenced to life in the Andamans. He was released in 1920 after the coronation of King George V. I had located his prison memoir (1920) in the digital library of Cornell University and worked towards a fresh publication with an introduction.