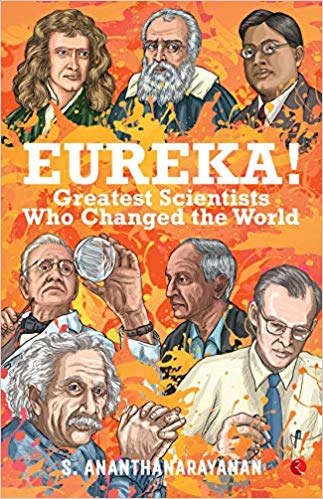 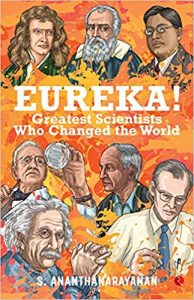 The book is a quick run through scientists from the early Greeks to those in the twentieth-century as is. From Pythagoras to Har Gobind Khurana, this book is a chronological Who’s Who of the giants in science from the 6th century BCE to just past the mid-twentieth century. Barring a few names, it is likely that you have heard of most of the names either in the news, in text-books or popular science articles on the history of science. The book talks about the greatest accomplishments of these scientists, the challenges they faced and how they fared, in a few pages for each. In 55 chapters it speaks of the contributions of 60 scientists. Each story is well-written and in the easygoing style that author is known for in his popular science articles. Various topics of science are represented in this tale of sciences—astronomy, physics, chemistry and the life sciences.

The book is not difficult to read, and can be read by a young or an older adult. The sections about the struggles and triumphs of scientists, the stories of their lives are particularly engaging. However, the book is unlikely to appeal to the uninitiated. It is likely to appeal to those already interested in science and the work of scientists. The brevity makes for a superficial treatment of some of the discoveries that have changed the world we live in. This treatment may therefore leave some readers with a sense of dissatisfaction, but maybe it will make you reach out for in-depth treatises that will tell you more; some of these chapters may whet your appetite for science and the lives and times of scientists. All through the book, the author’s grasp of a wide range of topics in science is apparent. Some statements are delightful, as is this one early on in the book—that the way Euclid laid out mathematics is essentially the way it is laid out in our text-books today!

On the whole, the book is what it claims to be—a glimpse into how some of the most important concepts and principles in science came to be.

Vinatha Viswanathan, an ecologist by training, works as an editor and science communicator at Eklavya Foundation, Bhopal. She enjoys spending time with her cat, her daughter, and watching TV serials.